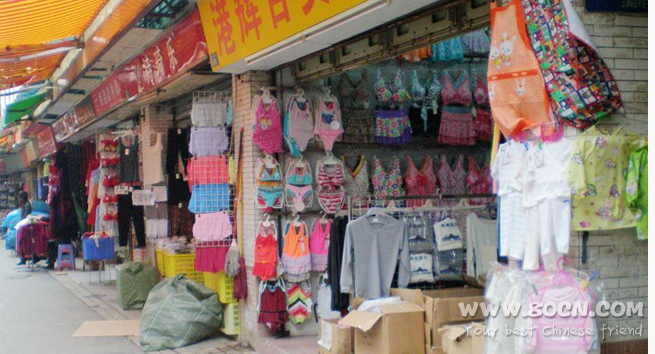 Xingzhong Underwear Market sells lots kind of underwear.And it has accessories and ornamentsalso. It attrates many suppliers and bussinessmen all around the world. This street developed under the background of " Yiwu markets playing the leading role with surrounding special streets flourishing together". As there are growing number of people crowding into Yiwu markets for purchasing, the market alone no longer meets the increasing demands which leads to the being of nearyby special streets like Xingzhong street. Though the buildings and booths are not new and so much appealing, the goods inside are of high qulity and cheap price. That is the reason for the existence of it.